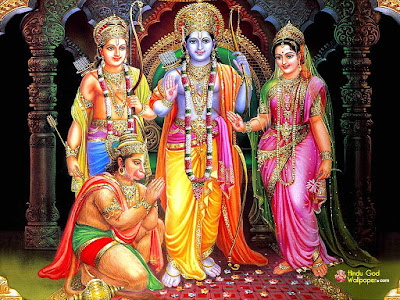 *  Balkanda-1
: Ascetic  Valmiki asked  Narada about hero of earth with all virtues, Narada told about Rama

*Balkanda-5
: Ram and Lakshmana went to Mithila to see holy sacrifice along with Vishvamitra , Janaka welcomed to ascetic Vishvamitra ,bow broken by Rama

* Balkanda-6
: Arrival of Ram the son of Jamadagni, marriages of Rama,Lakshmana,Bharata and Shatrughna with the consent of king Dasharatha.

* Ayodhyakanda-1
King Dasharatha's discussion with his ministers to anointment Rama as Yuvaraja,

*  Ayodhyakanda-2
Queen Kaikeyi lying on the ground with dirty clothes, Kaikeyi's demanded two boons from king Dasharatha, first is  to anointment of Bharat as Yuvaraja and second is ascetic life for Rama for 14 years

*  Ayodhyakanda-3
Constant persistence on Rama's exile by Kaikeyi , Calling Rama in Kaikeyi's house by king Dasharatha, Rama came out of his residence to go Kaikeyi house.

* Ayodhyakanda-4
Rama called by Dasharatha at Kaikeyi's house , Kaikeyi cleared two boons to Rama , Bharata will be Yuvaraja and Rama will banish from Ayodhya to Dandaka forest as ascetic for 14 years .

* Ayodhyakanda-5
Lamenting of Kausalya , What is Dharma ? explained  by Rama, Nobody can fight with Destiny said by Rama.

* Ayodhyakanda-6
Kaushalya permitted to Rama to go to Dandak forest with many blessings . Rama went to his residence to see his wife Sita.

* Ayodhyakanda-7
Rama advised to Sita ,not go to exile with us . Sita is allowed  by Rama to go Dandak forest with him. Lakshmana also presented himself to go with Rama
.
*  Ayodhyakanda-8
Sita and Lakshmana agrees eagerly to go to the Dandaka  forest with Rama. Rama's departure for exile.

*  Ayodhyakanda-9
Arrival  of Rama on bank of Tamasa  river , Ram met to Guha on bank of Ganges , returning of Sumantra,  After crossing Ganges Rama met to Bharadwaja , In Chitrakoot Rama made his abode.

*  Ayodhyakanda-11
Bharata  performed funeral rites of Dasharatha, departure of Bharata along with priest Vasishtha , mothers and army after 14 th day of death of Dasharatha , arrival of Bharat at Chitrakuta

*  Ayodhyakanda-12
Ram met affectionately and with due regard to Bharata, Shatrughna , all mothers, Vasishtha and others who came there.

* Ayodhyakanda-14
Bharata came back to Ayodhya from Chitrakuta, Arrival of Rama to  ascetic Atri ashrama

*   Aranyakanda-1
Ram and Lakshmana  along with Sita in Dandaka forest.

* Aranyakanda-3
Demon Khar and Dushan killed by Rama , Lakshmana cut the nose of Shurpankha at Panchavati Ashrama , Shurpanakha's complaining to her brother Ravana

*,  Aranyakanda-6
Maricha (golden deer ) is killed by Rama, Lakshmana is sent by Sita after hearing  voice of Maicha  ' Ha Lakshmana'

*Kishkindhakanda-1
Arrival of Rama at Pampa lake with lamenting , Hanumana's meet with Ram and Lakshmana, Ram expressed to Hanumana all story to come in Dandak forest and Sita kidnapping .

*   Kishkindhakanda-2
Compromise between Ram and Sugriva- to kill Vali instead of Sita search, Friendship of Ram and Lakshmana with Sugriva, upper garments of Sita were seen by Ram and Lakshmana.

*  Kishkindhakanda-4
Preaching of religion to Vali by Rama .

* Kishkindhakanda-6
Hanumana is ready to cross ocean on Mahendra mountain , Hanuman is capable to find out Sita.

* Sundarkanda-3
Sita  is recognized by Hanuman  with help of  ornaments

* Sundarkanda-4
Hanuman  delighted to find out Sita in Ashok garden .

*Sundarkanda-6
Ravana -Sita dialogue , warning given by Sita to Ravana , Sita's devotion to only Rama.

* Sundarkanda-7
threatening to Sita by Ravana

*Sundarkanda-8
dialogue between Sita and Hanumana

*Sundarkanda-9
Hanuman encourages to Sita , Hanumana is praised for his boldness by Sita, Hanuman is blessed by Sita on putting her hand on his head .

* Sundarkanda-10
departure of Hanuman from Ashok garden, Chudamani is given by Sita to Hanumana.

* Sundarkanda-11
destruction of Ashok garden by Hanumana, Hanumana saluted to Sita after destruction of city Lanka, Indrajit went to seeking of Hanumana , Killing of Kinkaras.

* Sundarkanda-13
fire in Lanka by Hanumana , Hanumana returned to mountain Mahendra from Lanka.

*Sundarkanda-14
Hanumana told all story about Sita and other things to Rama ,Lakshmana, Sugriva   and monkeys .

* Yuddhakanda -1
Departure of Rama along with Sugriva's army . Ravana surprised after discovering of Sita by monkey (Hanumana).  Arrival of Vibhishana   to Rama's camp.

*Yuddhakanda-2
Vibhishana came to the refuge of Rama , Ram asked to give way to ocean-god, Angada went to Ravana as messenger of Rama.

*Yuddhakanda -3
Indrajit son of Ravana shot a terrible serpent-arrow on Rama & Lakshamana,Arrival of Garuda(Suparna) , War between Kumbhakarna and Rama, Kumbhakarna is killed by Ram.

* Yuddhakanda -4
Indrajit is sent by  Ravana in battle ,Battle between  Indrajit and  Lakshmana , Indrajit is killed by Lakshmana,   Ravana came in battle and let flew his Shakti to kill  Lakshmana ,  Lakshmana became unconscious ,Lamenting of Rama , Sushena came there to treat Lakshmana.

*Yuddhakanda-5
A chariot is sent to Rama by Indra .  Aditya-Hridaya mantra is given by sage Agatsya to Rama for victory in battle and to kill Ravana . Mountain of Oshadhiparvat  is brought by Hanuman , Squeezed herb is smelt through nose to Lakshmana  by Sushena , Lakshmana became conscious .Ravana is killed by Rama .

* Yuddhakanda -7
Vibhishana is installed by Lakshmana in Lanka , Hanuman is sent as messenger by Rama to Sita, Hanuman-Sita dialogue in Ashok garden, Sita met to Rama followed by Vibhishana , Rama suspected Sita's character ,

*  Yuddhkanda-8
Rama-Sita dialogue on character of Sita, Sita desired a funeral pyre to enter in , Sita's Fire test,On going Indralok by vimana ,Dasharatha came there and blessed to Rama,Sita and Lakshmana, Dashratha gave a lesson of dharma to Rama.

* Yuddhakand-9
Rama ,Sita & Lakshmana were appreciated by Dasharatha before going to Indralok, Mahendra advised to Rama to go to Ayodhya and install yourself as king of Ayodhya , Rama came back to Ayodhya by Vimana  along with Sita,Lakshmana,Hanuman,Vibhishana and others.

Price : Free of cost  , Only for publicity of ancient Indian culture. 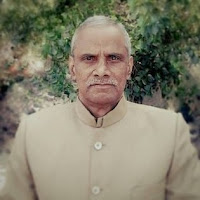